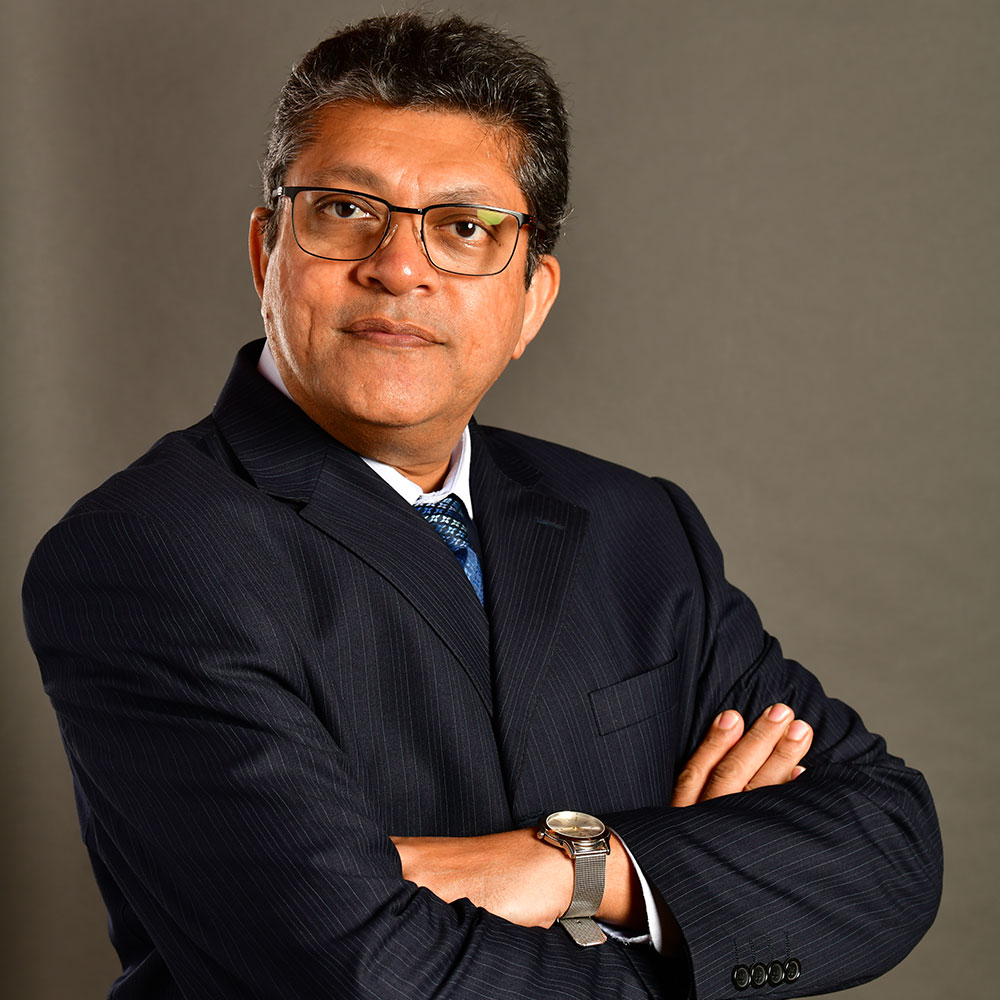 Professor Sanjeev K Sobhee has been appointed as Vice-Chancellor on 19 September 2022.

Prior to his appointment, Prof Sobhee has been Acting Vice-Chancellor since March 2022 till his appointment in a substantive capacity and served as Pro-Vice-Chancellor (Academia) since April 2017 to 19 September 2022. During his tenure as Pro-Vice-Chancellor, Prof Sobhee has been spearheading major academic reforms at the University including the streamlining of several administrative processes and procedures. Moreover, he occupied the post of Dean of the Faculty of Social Studies and Humanities from 2008 to 2011 and prior to this, he was Head of the Department of Economics and Statistics from 2004 to 2006.

As an academic, Professor Sobhee has wide experience in teaching at undergraduate and postgraduate levels across different fields of Economics. His teaching focus has been Advanced Macroeconomics, Public Policy, Economics of the Environment and Sustainable Development and Quantitative Methods mostly on postgraduate programmes.

As far as his research is concerned, Professor Sobhee has published extensively in internationally refereed journals such as Journal of Economic Policy Forum, Oxford Development Studies, Canadian Journal of Development Studies, American Review of Political Economy, Development Southern Africa, Applied Economics Letters, Ocean and Coastal Management and Environmental Management, amongst others. He has also contributed to different book chapters in these areas.

Selected resources beyond the University

Procedures for collection of funds on UoM Campus