Two researchers from the University of Mauritius, Dr. Robin Nunkoo and Dr Rajesh Jeewon, have been recognized by Clarivate among the world most influential scholars in its "Highly Cited Researchers" list of 2022, for two consecutive years now (https://clarivate.com/highly-cited-researchers/).

Each year, Clarivate™ identifies the world’s most influential researchers ─ the select few who have been most frequently cited by their peers over the last decade. This year, Clarivate has awarded Highly Cited Researcher 2022 designations to 6,938 researchers from across the globe who demonstrated significant influence in their chosen field or fields over the last decade. The list is truly global, spanning 69 countries or regions and spread across a diverse range of research fields in the sciences and social sciences.  Of the world’s scientist and social scientists, highly cited researchers are one in 1000, according to Clarivate.

Dr. Nunkoo, who holds a PhD from the University of Waterloo, Canada, has been recognized as a highly cited researcher in the “Social Sciences” category.  He has research interests in political economy, sustainable tourism, informetric, and quantitative techniques.

Dr Jeewon holds a PhD from the University of Hong Kong and has been ranked in the “Plant and Animal Science” discipline. He specializes in fungal taxonomy and biodiversity.

“This is our effort to contribute to the global recognition for the University of Mauritius and is not only a personal achievement, but also one for the country”, both said!

L'Oreal-UNESCO For Women in Science 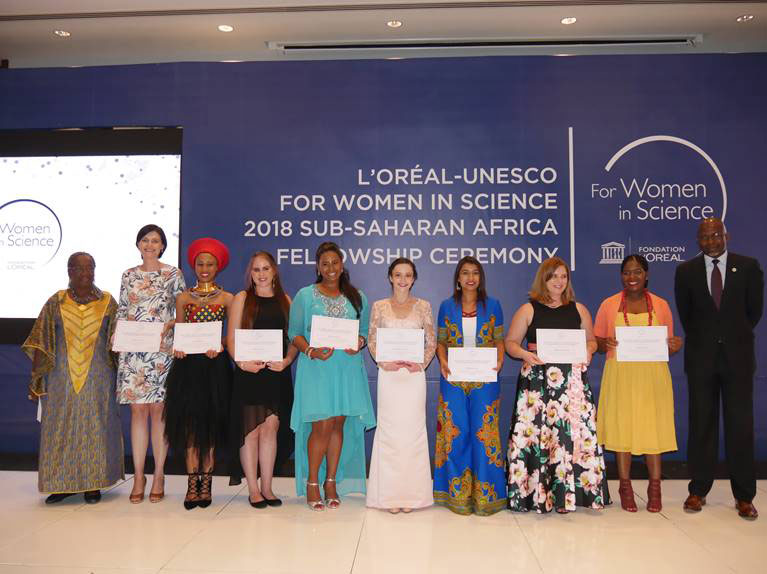 Rima works under the supervision of Dr. Vidushi Neergheen Bhujun, Dr. Ranjeet Bhagooli & Prof. (Dr) Theeshan Bahorun (National Research and Innovation Chair). She has been awarded a Research grant sponsored by L’Oreal Foundation for a placement at Kwazulu-Natal in South Africa. The Award Ceremony is scheduled for 6 December 2018 in Kenya.

"We are proud to announce that the team from the UoM Computer Club ranked second among other participating African Universities and institutions in the UNESCO AI Web Documentary Competition.

This competition aimed at encouraging African students to get interested to matters relating to AI by taking local initiatives. They were called to analyse the emergence of AI in their country.

The audiovisual production was realised by the UoM team in partnership with the MFDC under the theme " l'IA , C'est quoi(en Afrique)".

After the preliminary selection, the team's video was uploaded on UNESCO's youtube  channel https://youtu.be/TBjYDeAp5is

The web documentary titled" Fusion de la jeunesse mauricienne et de l'AI" was assessed on criterias such as public vote and the evaluation of the Jury panel.

It is a feat that the University of Mauritius has achieved."

Selected resources beyond the University

Procedures for collection of funds on UoM Campus